OBSI to disclose the identities of advisors involved in disputes 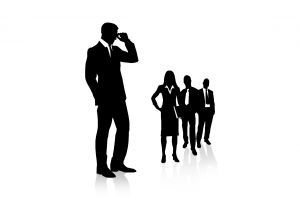 OBSI updates terms of reference FCAC to probe banks’ complaints handling processes Related news Keywords Dispute resolution The Ombudsman for Banking Services and Investments (OBSI) will now disclose the identities of financial advisors who are the source of unresolved client complaints to regulators. OBSI announced a couple of revisions to its terms of reference (TOR) on Friday, including the adoption of a new provision that will allow the dispute-resolution service to disclose the identities of both the clients and advisors involved in disputes in which the firm appears likely to refuse OBSI’s compensation recommendation. “The changes are being made to meet regulatory expectations and requirements,” an OBSI statement says. Previously, OBSI’s policies provided that in cases that appear likely to end in refusals, certain information about the firm involved would be disclosed to regulators — but it didn’t deal with the disclosure of information about the client. Now, “the identity of the complainant and their financial advisor (if applicable) will be shared with the appropriate regulator, and may be shared with OBSI’s board,” in these types of cases, the OBSI statement notes. OBSI’s director of strategy and stakeholder relations, Tyler Fleming, stresses that the change to its TOR aim to clarify the information that is disclosed when a likely compensation refusal is escalated to the regulators. “The TOR’s wording was previously focused on the firm’s info, but we are clarifying that other information is disclosed as well,” he says. The dispute-resolution service has also added a section to its TOR that solidifies OBSI’s commitment to complete all investigations of banking complaints within 120 days. The section was added at the request of the Financial Consumer Agency of Canada (FCAC), as part of OBSI’s approval as an external dispute-resolution service for banks under a new procedure the federal government introduced in the past couple of years. OBSI notes that it adopted the federal government’s standards in its policies more than a year ago. OBSI also reports that its board has also approved an amendment to its bylaws designed to broaden the eligibility for prospective candidates to be named as its next ombudsman and CEO. The bylaw change aims to provide the organization with greater flexibility in appointing someone with government or regulatory experience to the post. OBSI is currently searching for a new CEO in the wake of Doug Melville’s departure at the end of May. It’s expected that the new CEO will be appointed in the autumn; in the meantime, OBSI’s chairman, Fernand Bélisle, is overseeing the dispute-resolution service’s management team. OBSI also announced that Oriana Financial Group has become the first mortgage broker to join the dispute-resolution service as a participating firm. OBSI has also recently added portfolio managers and exempt-market dealers to the list of firms using its services to resolve client disputes. James Langton Share this article and your comments with peers on social media Facebook LinkedIn Twitter